Painters and skinners. Somewhere to show off skins and look for artistic inspiration.
Post Reply
201 posts

If Historic Encounters moves into the Med and Italy and more custom-generic-executive-personal skins are requested, then it might be nice to have a thread to use for bouncin'roun' some ideas and work.

Most designs can be a quick re-paint of our Great FI Skin Project, but don't forget those nasty warped Spit sides! Gah! 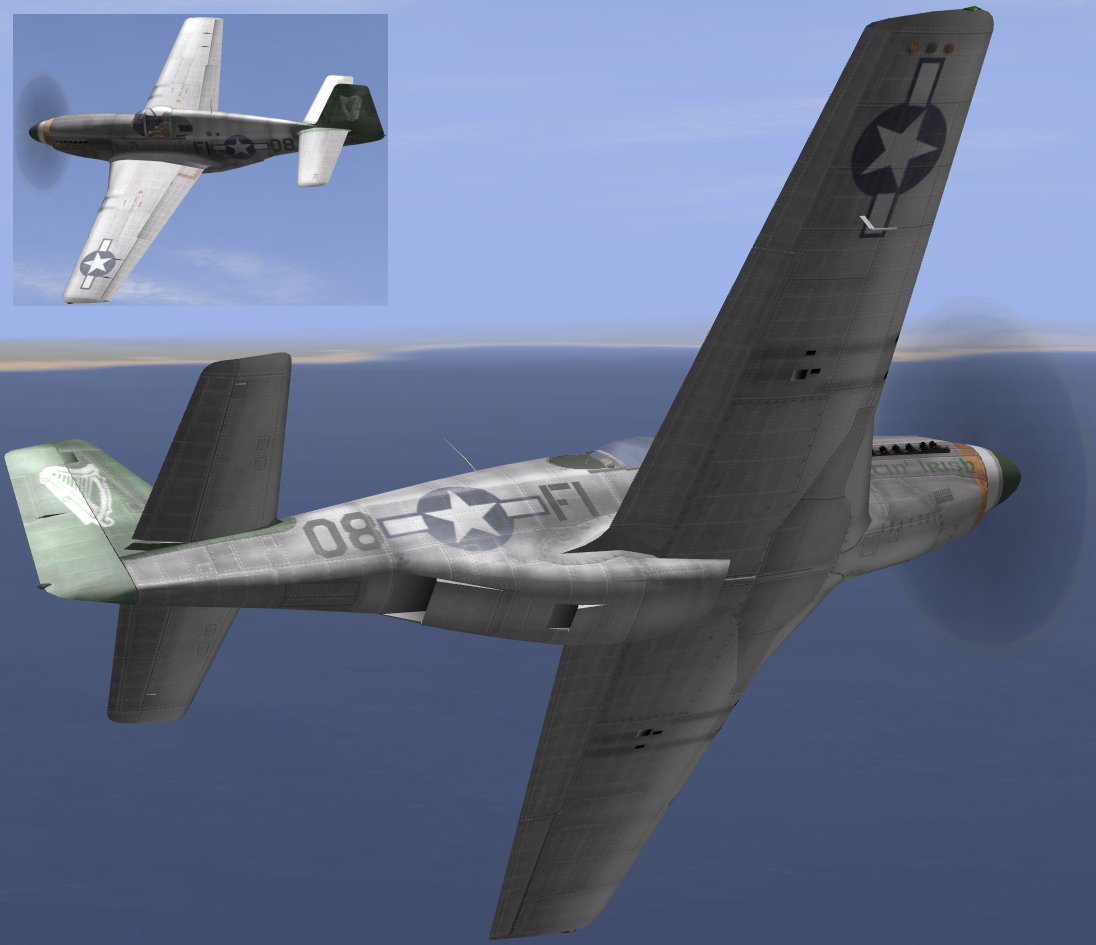 I'll see about workin on some of the other stuff I've gotten for the campaign too.

A couple ideas that I had for the P-40... If the paint scheme is off, please let me know and I can change it... I can't seem to find any italian P-40s... Granted, the only place I know to look is the russian Wings Palette site. Additionally, if the tail needs to be changed that's no problem. It can, with little effort, be changed to White, Orange, or any other color that might be better for the skin/campaign...

I also have about 6 different shark mouths that can be randomly used to give the squadron some variety...
You've got red on you.

I like the green tail, but have not heard from anyone else how they like it yet. The number on the nose or six different mouths sounds great.

Heh-heh, the only thing that I would like different ... if you want to split hairs ... is have the green in the front of the spinner and the white behind it and maybe, if the template makes it possible and IF you don't have a shark mouth, a gold band similar to my fiddy-one.

I think that if it is not possible to find a Med skin, then the desert skin modified is fine.

Let's see what others say about our schemes.


Thanks loads for the uber skin Jake!

What color gold do you want? I actually like that idea and the green/white can be swapped quite easily...

Thanks for the compliments...

You've got red on you.

Inout from one of the gang

I like the Green Tail and the latest prop spinner/cowl bands!

My vote is a definite "YES!"

Maybe you missed it, but there's a whole new "Now", now.

Making a half educated guess I'd say (at least in the early stages) some squadrons were still in "desert" colours.

:FI:Snaphoo wrote:What color gold do you want? I actually like that idea and the green/white can be swapped quite easily...

Thanks for the compliments...

You use whatever you think is right Snaphoo.

My green and gold (orange?) came from an average of all the Irish flags I could find on the net.


PS: I got the idea of the GWG nose from some of Genosse's designs a few years back.

I've been using the orange (gold) from the irish roundels that I got from this here site, so I'd say I'm pretty close to the right color... perhaps a bit more faded...

Oh yeah! That's right! Those are prolly the rounds we got from some insignia files linked from the Ubi skinning site years ago using the above formula.

Use whatever fade/opacity you fink mate ... you da mang!


PS: Thanks Sneaky, I was thunkin' the same thing.

PPS: and thanks too, Dan

Blasted work and real life, you guys, are havin' all the fun. Some of the stuff I've been findind has the US insignia with a red stroke around it or just the star in blue cirlce with a yellow stroke. I'll try and get some pics up of what I'm talking about.

The 40 looks great Snap, love the green tail, and it's mine... and the 38 is fantastic, plus with the US markings we don't have to worry about the mirror effect on the tail booms (finally one of our skins will work).

Great site Falc! I could change the rounds fairly easily to any of those listed.

Thanks for the compliments Noter.

Do I leave off the markings all together, just on the bottom wing or just leave it like it is and we will just have 3 markings on the wings instead of just 2?
You've got red on you.

Give me the punch ladle, I'll fathom the bowl.
Top
Post Reply
201 posts